Fried chicken and waffles, Monte Cristo French toast, short-ribs eggs benedict—Frankfort’s new restaurant is offering up something different, something modern, something to break the mold. With a fun take on breakfast, sure, you can still find the old stand-bys, but there is also room for something a little more eclectic, too.

Natalie Niederhofer (31) and Nick Crawford (33) are the co-owners of Birch & Maple, a new restaurant in downtown Frankfort (previously the Bayview Grille, and before that, Cecilia’s By The Bay).

Just like their menu items are shaking up the traditional, so are their job titles: in a refreshing departure from the male-dominated world of chefs, Niederhofer runs the kitchen, while Crawford runs the front-of-the-house operations.

“Great service and ambiance shouldn’t be limited to fine dining,” Crawford says. “It shouldn’t matter what time of day it is. We’re trying to bring that ‘fine dining’ experience to breakfast and lunch, too.”

Crawford is originally from Dayton Ohio, and has a background in sales. Hoping to “get away” from where everyone else that he knew was going after high school—cough, cough, Ohio State University, cough cough—Crawford instead opted for Eastern Michigan University, which was offering in-state tuition to kids like him from Dayton. He received an undergraduate degree in business, which got him a job selling electrical supplies to contractors at the age of 23.

“It was great money,” Crawford reflects. “But I hated it.”

Meanwhile, Niederhofer is originally from the Rochester area downstate. Her father grew up here in Frankfort—his family moved here from Chicago when he was 10 years old. Years later, he wanted to share the area with his family, and so Niederhofer spent her summers here as a “lakie.” When she graduated from high school, she then attended Oakland University, receiving a degree in business administration. After that, she moved up here and stayed in the family lake house while she attended the Great Lakes Culinary Institute, also earning an income and gaining valuable work experience at local restaurants, such as The Mayfair Tavern, Dinghy’s, and The Cabbage Shed. (Even back then, Niederhofer was dreaming of opening her own restaurant in Frankfort… but more on that later.)

Despite both being Midwesterners, the couple—who are getting married this September—met in Colorado, when both were working at The Stanley Hotel in Estes Park.

Crawford visited a friend in Colorado and fell in love with the mountains.

Fortunately, it did not come to that—Crawford had worked in restaurants throughout high school and college, so it was fairly easy for him to find work in that industry in Colorado.

After working at The Stanley Hotel, they helped to open Aurum Food and Wine in Steamboat Springs, a lunch and dinner venue, where she was sous chef and he was the assistant general manager. They also helped to open Table 79, which served dinner only and was very successful, receiving a write-up in Ski Magazine after being open for only three months.

But owning their own restaurant has been something that the couple has been talking about since their first month of dating, eight years ago.

“Our background [in Colorado] is more in fine dining—really fancy dinners,” Crawford says. “That’s our forte. So this [Birch & Maple] is something new for us. We’re constantly trying to challenge and push ourselves to get better, to try new things. And we think this is what Frankfort needs right now.”

The couple have been keeping their eyes on various restaurants in the area for a while now. The Bayview Grille was on the market for more than a year, and their deal was accepted last November.

“We were helping our previous employer to open another new restaurant,” Crawford explains. “So it took a bit for us to get here.”

The couple started from scratch with the layout, taking measurements with grid paper and breaking up the space, giving character to the separate “rooms”—the bar area, the diner, the back room for parties.

“We’re restaurant people, so we designed it to flow like a restaurant, to be versatile, so we could move tables together if we needed to,” Crawford explains.

The renovation—sans a professional interior designer—took place from February through May, and of course, their opening day had to be pushed back a few times, due to unforseen weather conflicts this spring, just as happened at the other new restaurant in the area, Rocks Landing at Chimney Corners.

“Everything was practically done on the inside, so we were just waiting on the outside,” Crawford says. The restaurant has a new red paint job on the outside, and the lawn is super inviting with a fenced-in green area, a winding path to the front door, and shrubs along the path.

Once inside the screened-in porch/patio, there are two fireplaces: one at a lounge seating area with a coffee table, and the other at a high-top bar at a window that peeks into the actual bar inside. There are several tables in the screened-in area, for those who wish to see a view of the bay.

Inside the restaurant itself, there has been a complete make-over: the bar is a beautiful slab of spalted maple from Elberta, and glass liquor bottles gleam across the bar from their place at a long mirror that runs the length of the room. The other seating areas are partitioned off, almost like different rooms in your favorite cabin. But more modern that that.

There are plays on the name seen everywhere in the design, but it is not heavy-handed—the table tops are made of maple from Petoskey, and the partition in the middle of the room features actual birch limbs running vertically from the ceiling to the bench seats in the booths, while the light sconces are faux-birch. Niederhofer’s parents helped greatly with the design: her father, Jim, is responsible for the patio, while her mother, Linda, hand-selected all of the artwork.

Inside, you could almost forget that you are in Northern Michigan, as the restaurant’s decor has a classier big-city (Chicago, maybe?) feel to it, yet it still feels small-town, too.

That same feeling is reflected in the menu items, as well.

The Food (and Drink)

The couple says that it is important to them to go the extra mile where they can, even if it means things might not be quite as profitable as they could be.

“It means a lot to us to know that we’re doing it right,” Crawford says. “We’re trying to do more than just pump out food. We want to create an experience; hopefully people understand that an experience is going to cost a little more.”

For instance, all of the eggs are pasture-raised, all of the meats are antibiotic- and hormone-free. The burger is local to Holland, Michigan, and apparently the cows are fed cherries and beer leftovers, Crawford says.

Additionally, they are trying to be conscious of waste—the restaurant uses cloth napkins (cute as a button, with red stripes) and non-plastic/biodegradable straws, plus their non-pork waste is all going to a pig farm on M-115.

A big sensation is their craft cocktails. If you want a classic, like a Manhatten, they are going to use only three ingredients, but they are using high-quality ingredients. Meanwhile, they have fun takes on the classics with modern twists, like the Coconut Dreaming, which is a take on the pina colada: rum, Velvet Falernum, Orgeat, coconut cream, pineapple juice, and house-made almond syrup. All of the syrups are made in-house, and they fresh squeeze all of the lemon and lime juices.

“There is such a noticable difference in taste,” Crawford says. “In a margarita, for instance, when you use fresh-squeezed vs. mixer, you can taste it! Even if you buy the organic mixer, it still isn’t the same.”

So, where did the name come from? Everybody asks them that.

“We had this great, late summer,” Crawford says. “We kept fighing over names, then we went on this hike to Green Point. We took a hammock, set it up where we’d have a view.”

They were sitting there for a few minutes before Niederhofer looked over and realized that they had tied up to a birch on one side and a maple on the other.

“That’s perfect,” she said at the time to Crawford. It was a perfect fit for an Up North restaurant “It’s us. If we’re not in the restaurant working, we’re spending our time outside.”

Crawford likes that things like this give their servers something to talk about with patrons. From the intentional use of reusable/biodegradable materials to the pasture-raised eggs to the various woods used for the tables, there are tons of mini-stories found within the restaurant.

“We’re all about creating an experience for our customers,” Crawford says. “The feedback that we have gotten so far has been incredible.”

Birch & Maple is open every day from 8 a.m. to 2 p.m.; on Wednesdays through Sundays, they also serve dinner from 5 to 9 p.m. Located at 727 Main Street in Frankfort, across from the Bayside/Farmers’ Market Park. Check out menu items at birchandmaplefrankfort.com or call Call 231-399-0399. 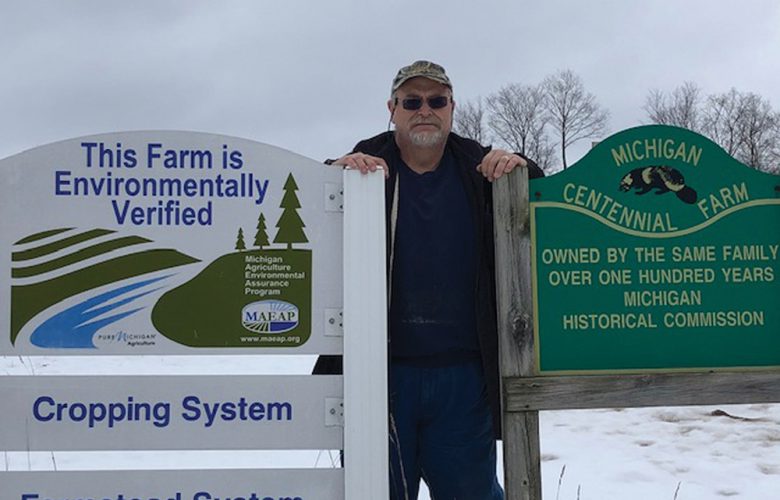 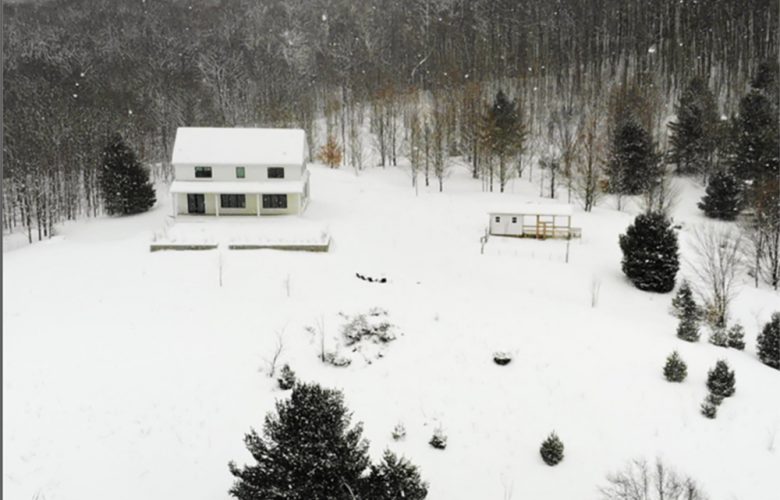